Regression analysis is one of the most fundamental tasks in data-oriented industries. In simple words, it involves finding a relationship between independent and dependent variables (attributes) in a given dataset.

In this article, we’ll study a type of regression where two or more variables are linearly related. This is known as linear regression.

Mathematically, linear regression can be represented as follows:

We change the values of the independent variables as they appear in our dataset; the only cannot thing we can update is their weights. Said differently, we adjust the weights to change how much emphasis we place on any particular variable’s contribution to the value of Y.

The Python programming language comes with a variety of tools that can be used for regression analysis. Python’s scikit-learn library is one such tool. This library provides a number of functions to perform machine learning and data science tasks, including regression analysis.

In this article, we’ll see how we can use Python for regression analysis. We’ll predict the price of a house based on different attributes, such as size, condition, grade (as assigned by the local municipality), and year built.

The dataset that we’re going to use for this problem can be downloaded from this kaggle link. This dataset contains house sale prices for King County, Washington and includes homes sold between May 2014 and May 2015. I’ve renamed the dataset to housing_data.csv; you can give it any name.

Note: All the code in this article is executed using the Spyder IDE for Python.

We need to import the pandas, numpy, and matplotlib libraries in order to load and analyze our dataset. Execute the following script to do so:

The default figure size created using matplotlib is 6 x 4 inches in the Spyder editor for Python development. However, for a clear understanding and better analysis, let’s increase the default size of the plots to 10 x 8. The following code does that:

We’ll use the read_csv function of the pandas library to read our dataset into a DataFrame:

It’s always a good idea to look at any trends in our data before performing regression to gain some insight. Let’s first observe the shape of our dataset:

In this article, we will perform regression analysis using only the following four features:

Let’s filter out all the relevant features of our dataset and discard the rest (note that price is going to be the dependent variable):

Now let’s see how our data actually looks. We can use the head function of the pandas DataFrame to do so; it returns the first five rows from the dataset.

In the output, you’ll see the first five rows of the data as shown below:

Similarly, to see the statistical details of the data, we can use the describe function:

This returns the following information:

In the output, you should see something like this:

Let’s now plot the relationship between the size of the house and its price:

You should see the following plot in the output:

You can see that there is a slight positive correlation between the size and price of a house. However, after roughly 8000 square feet, the effect of the size on the house price starts diminishing.

Let’s now plot the relationship between grade and price:

Here is the output of the above script:

You can clearly see that there’s a positive correlation between the grade and price of a house. In other words, houses with higher grades tend to have higher prices compared to houses with lower grades.

Finally, let’s plot the relationship between year built and price:

Now that we have a general idea of the trends in our dataset, let’s see if our regression model confirms our observations.

To perform regression using Python’s scikit-learn library, we need to divide our dataset into features and their corresponding predictions. By convention, the feature set is represented with the variable X, and predictions are stored in the variable y. However, you can use any variable names for these.

Let’s divide our dataset into features and predictions:

To evaluate the performance of our regression model, we’ll also divide our data into a training set and a test set. The training set contains data that will be used to train our regression model. In the training process, we’re basically finding a mathematical equation that minimizes the difference between the actual values of the dependent variable (price) and the values that we predict with our model (Y).

As a rule of thumb, a regression model should be trained on one part of the data and tested on another, known as the test set, that our model has not seen. This practice of dividing data into training and test sets ensures that our regression model is robust and can make good predictions on data that it has not encountered in the past.

Execute the following script to divide the data into a training set and test set:

Here, the value of the test_size argument specifies the percent of dataset values that should be used for the test set. That is, a value of 0.25 means that our test set will consist of 25% of the actual data, while the training set will consist of the remaining 75%. You can use any value for test_size.

Once our regression model is trained, we can extract the coefficients (the Ws) that our model found for each independent variable (feature). Execute the following script:

In the output, you should see the following values:

According to to this model:

With this information, we can now test the performance of our regression model on the test set:

Here’s a snippet of some of the comparisons between actual and predicted house prices:

You can see that our regression model has made some closes guesses regarding the prices—and, in some cases, is very far from the actual price.

Once you’ve trained your regression model, the next step is to evaluate its performance. This is very important—if your model isn’t good enough for predictions, there is no point in using it.

There are different metrics to evaluate the performance of a regression models. The root-mean-square error (RMSE), mean squared error (MSE), and mean absolute error (MAE°) are the most commonly used metrics.

The scikit-learn library contains built-in functions for calculating these values. Execute the following script to calculate each one, in order:

In the output, you should see the following results:

You can see that our value for the RMSE is quite large. As a rule of thumb, the RMSE should be less than 10 percent of the mean value of the predicted output.

As an exercise, try to add the remaining features of the dataset to the regression model, and see if you can achieve a lower value of RMSE.

Awesome! With Python’s scikit-learn library, we were able to develop a linear regression model to predict house prices based on different features in our dataset.

Regression is one of the most frequently performed tasks in finance. But as you can see, the process of performing regression analysis in Python is actually quite straightforward—it only takes a few lines of code.

Of course, this is just the beginning. In the real world, Python can be used to perform much more complex financial tasks, which we’ll look at in later articles. Stay tuned!

Looking to pursue a career in finance or data science? Consider learning Python to expand your professional toolkit and position yourself strategically in today’s competitive job market.

How to Install the Python Spyder IDE and Run Scripts 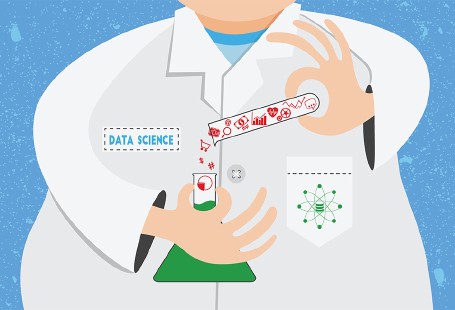 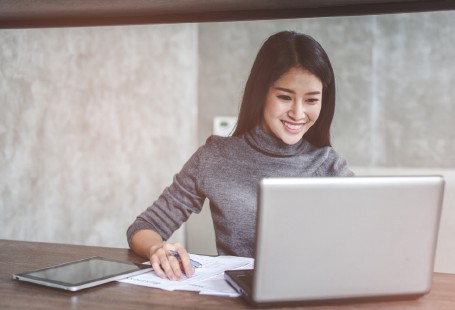 How to Create Python Heat Maps for Marketing Campaigns 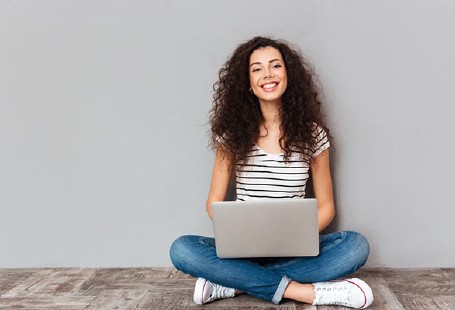