In my previous articles, I dealt with analyses of only a single variable. Now it is time to check whether two variables of interest are independent or somehow related.

For example, a person’s height positively correlates with shoe size. Taller people have larger shoe sizes, and shorter people have smaller shoe sizes. You can find this and many more examples of positive associations at: http://examples.yourdictionary.com/positive-correlation-examples.html.

A negative association is also possible. For example, an increase in the speed at which a train travels produces a decrease in its transit time. You can find this and many more examples of negative correlation at: http://examples.yourdictionary.com/negative-correlation-examples.html.

It is possible, of course, is that there is no correlation. Two variables can be independent. For example, the speed of a train has no correlation with the shoe sizes of its passengers.

In statistics, we always begin with the null hypothesis. The null hypothesis is a general statement or default position that there is no relationship between two measured variables. For example, you might encounter the question “Are teens better at math than adults?” The null hypothesis for this question would be “Age has no effect on mathematical ability.” You can find this and more examples at: https://www.thoughtco.com/null-hypothesis-examples-609097.

After you define the null hypothesis for your variables, the next order of business is to try to prove or reject it through statistical analyses. In this article, we’ll analyze linear relationships only.

Identification of relationships between pairs of variables is not only a common end goal of an analysis; it is often the first step toward the preparation for some deeper analysis—an analysis that uses data science methods, for example. Relationships identified between pairs of variables can help you to select variables for more complex methods. For example, imagine you have one target variable, and you want to explain its states with a couple of input variables. If you find a strong relationship between a pair of input variables, you might omit one and consider only the other one in your further, more complex analytical process. Thus, you reduce the complexity of the problem.

As I mentioned, in this article I’ll consider the relationship between two continuous variables. I’ll begin by measuring the strength of this relationship. I will define three measures: the covariance, the correlation coefficient, and the coefficient of determination. Finally, I will express one variable as a function of the other, using the linear regression formula.

Imagine you are dealing with two variables with a distribution of values as shown (for the sake of brevity, in a single table) in Table 1.

According to the formula, you can calculate an example as follows:

I want to measure the deviation of the actual from the expected probabilities in the intersection cells. Remember the formula for the variance of one variable? Let’s write the formula once again, this time for both variables, X and Y:

First, though, let’s measure the covariance of a variable with itself. We’ll call it Z. Z has only three states (1, 2, and 3). You can imagine an SQL Server table with three rows, one column Z, and a different value in each row. The probability of each value is 0.33, or exactly 1 / (number of rows) —that is, 1 divided by 3. Table 3 shows this variable cross-tabulated with itself. To distinguish between vertical and horizontal representations of the same variable Z, let’s call the variable “Z vertical” and “Z horizontal.”

TABLE 3 One variable cross-tabulated with itself

The formula for the variance of a single variable can be expanded to a formula that measures how the variable covaries with itself:

This formula seems suitable for two variables as well. Of course, it was my intention to develop a formula to measure the spread of combined probabilities of two variables. I simply replace one variable —the “horizontal” Z, for example, with X, and the other one (the “vertical” Z) with Y — and get the formula for the covariance:

The result of this query is

Covariance indicates how two variables, X and Y, are related to each other. When large values of both variables occur together, the deviations are both positive (because Xi – Mean(X) > 0 and Yi – Mean(Y) > 0), and their product is therefore positive. Similarly, when small values occur together, the product is positive as well. When one deviation is negative and one is positive, the product is negative. This can happen when a small value of X occurs with a large value of Y and the other way around. If positive products are absolutely larger than negative products, the covariance is positive; otherwise, it is negative. If negative and positive products cancel each other out, the covariance is zero. And when do they cancel each other out? Well, you can imagine such a situation quickly—when two variables are really independent. Therefore, the covariance evidently summarizes the relation between variables:

Correlation and Coefficient of Determination

When I derived formulas for the spread of the distribution of a single variable, I wanted to have the possibility of comparing the spread of two or more variables. I had to derive a relative measurement formula—the coefficient of the variation (CV):

Now I want to compare the two covariances computed for two pairs of the variables. Let’s again try to find a similar formula—let’s divide the covariance with something. It turns out that a perfect denominator is a product of the standard deviations of both variables. This is the formula for the correlation coefficient:

From the result, you can see that we cannot safely reject the null hypothesis for these two variables. We might have expected a stronger association between the Age and YearlyIncome variables. Let me give you a hint: there is a relationship between these two variables. It is not a simple linear relationship, however. Income increases with age until some point at which it changes direction, thereafter decreasing with age.

If the correlation coefficient is significant, you know there is some linear relation between the two variables. I would like to express this relation in a functional way—that is, one variable as a function of the other. The linear function between two variables is a line determined by its slope and intercept. The challenge, then, is to identify each of these values. You can quickly imagine that the slope is somehow connected with the covariance.

You can imagine that the two variables being analyzed form a two-dimensional plane. Their values define the coordinates of the points in the plane. You are searching for a line that best fits the set of points. Actually, it means that you want the points to fall as close as possible to the line. You need the deviations from the line —that is, the difference between the actual value for Yi and the line value Y’. The following figure shows an example of a linear regression line (the orange line) that best fits the points in the plane. The figure also shows the deviations from the line for three data points.

During the course of this discussion I have nonchalantly begun using terms such as “independent” (and implicitly) “dependent” variables. How do I know which one is the cause and which one is the effect? Well, in real life it’s usually easy to qualify the roles of the variables. In statistics, just for the purpose of this overview, I can calculate both combinations: Y as function of X, and X as function of Y. Therefore, I get two lines, which are called the first regression line and the second regression line.

After I have the formulas, it is easy to write the queries in T-SQL, as shown in the following query:

Of course, you should understand that this calculation was for the purpose of demonstration only. Because the correlation between these two variables is so low, it would make no sense to calculate the linear regression coefficients in this case.

Finally, let me show you the association between age and yearly income in the following graph. The orange line in the graph shows a possible linear association; however, you can see that the line does not fit the data points well. The blue line shows a polynomial association, which is more complex that the linear one, but fits the data points better. It reflects the fact that the income goes up with the age until some point, when the direction of the curve changes, reflecting a decrease in income with any further increase in age. (Note that I created this graph with R, not with T-SQL.)

Before concluding this article, let me point out the common misuse of the correlation coefficient. Correlation does not mean causation. This is a very frequent error. When people see high correlation, they incorrectly infer that one variable causes or influences the values of the other. Again, this is not true. Correlation does not assign cause and effect. In addition, remember that I measure linear dependencies only. Even if the correlation coefficient is zero, this does not mean that the variables are independent (or not related at all). You can say that, if the two variables are independent, they are also uncorrelated, but if they are uncorrelated, they are not necessarily independent.

So You Want to Be a Data Scientist? 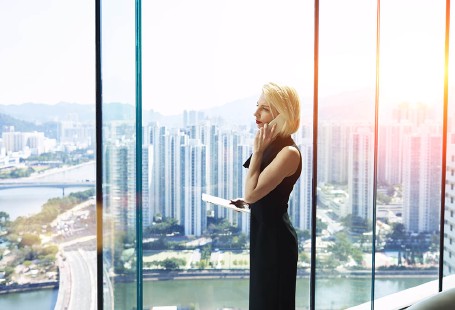 So You Want to Be a Data Scientist? 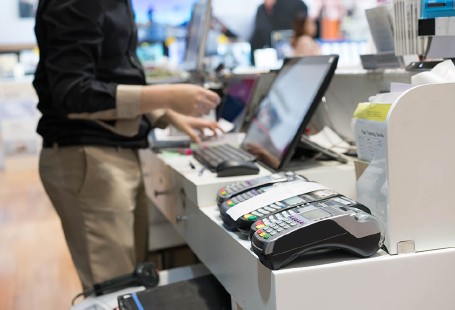 OLTP vs. OLAP — What’s the Difference?