There are many perceptions of IT, one of the fastest growing industries in the world. For a non-technical person, IT is usually associated with high salaries, numerous job offers, and elite clubs. But IT is more than just people earning big bucks for writing code. The most valuable part of the IT industry is its community.

The first steps are the hardest

As a complete IT newbie, I had lots of doubts and fears about entering the IT industry. Would I be successful? Would I have to prove my value to more experienced developers? Would someone tease me because I’m a girl, or worse—that I had no technical background yet wanted to code? What if I went to a meetup and couldn’t understand a word of the presentations?

It’s been a few years since I changed my career from humanities to IT, but I can still recall the beginning of this daunting process. I didn’t expect that IT could be my career one day. I was simply keen on learning new technologies and trying my hand at various areas of the IT world. At first, IT appeared to me as a monolith focused mainly on programming, a rocket science reserved for only the smartest people. But with time, I realized there are many nuances to the IT industry. I tried learning networks, then back-end coding, a bit of databases, and finally discovered my passion for front-end technologies.

It was fine as long as I was just learning to code alone at home. There are a variety of online courses that help beginners learn what IT is all about, from Graphic Design to Data Science. I’ve tried my fair share of these courses, including some from Vertabelo Academy. I never imagined that databases or Data Science would be something for me, but to my surprise, I’ve found their courses quite straightforward and encouraging to discover more advanced programming concepts. I felt that I was making progress, though things became more complicated when I wanted to enter the community and had to face all my fears and perceptions. But it turned out to be an unexpectedly nice experience!

I can remember clearly the first technical meetup I attended a few years ago. I didn’t know anyone there, but the organizers were greeting participants at the door, and that made me feel welcome. I had no problems understanding the presentations; people were friendly, including the speakers. That was definitely not what I had expected. That’s how I discovered Geek Girls Carrots in its infant stage and familiarized myself with the idea of attracting women to new technologies.

The truly game-changing moment came when I was accepted to Rails Girls—a two-day programming workshop for Ruby on Rails. To be honest, I still can’t write the simplest piece of code in Rails today, but this workshop was anything but a failure—it was the best thing that could happen to me at the time. These two days of group work, with all the dedicated mentors, organizers, and community members there encouraging us, simply blew me away. This coding psychotherapy helped me believe that it’s not impossible to learn coding and that there are helpful people out there who can guide me. I left that workshop almost floating on air with joy, having finally regained my self-confidence. That was priceless.

I soon learned there were more initiatives like Rails Girls, and I started to wonder: why would people do such things? Spending an entire weekend teaching others how to code completely for free? Seems a bit peculiar.

What is “paying it forward” all about?

After Rails Girls, I participated in Django Carrots and the Geek Girls Carrots JavaScript course. The more I received from the community, the more I considered how I could repay all the good I had been given. But I was not yet a developer—I couldn’t teach anyone anything, as I was still learning myself. Still, I wondered if there was anything I could do to give back to the community that had helped me come so far.

The first time I heard about the concept of “paying it forward”, I instantly fell in love. “Paying it forward” means that when you benefit from a good deed, you repay it to another person instead of the original benefactor. And it’s not about the money or attention.

I started as one of the organizers of Django Carrots workshops—a two-day coding event similar to Rails Girls. I simply answered a call for organizers in social media. And to my greatest relief, it turned out I don’t need to be a developer to help others become one.

When organizing a workshop, there are plenty of things to be done: finding sponsors, mentors, a suitable place, ordering catering, and figuring out all the small logistics. Not to mention recruiting attendees and promotion. You really don’t need technical skills to be a valuable part of such a team. You can work on communication, logistics, copywriting, fundraising, public speaking, or even photography and social media.

One year later, I made my debut as a mentor in the Geek Girls Carrots HTML and CSS workshop for beginners. I was already working as a front-end developer and felt confident enough to try to share my knowledge with others. The initiative started with a Facebook discussion: why were there no workshops like that in Warsaw? The solution was simple: let’s make one ourselves! We began as a group of strangers with no experience in training and ended up as a well-organized team with more than a thousand applications for 20 available places. It was overwhelming but amazing to watch how our idea had sprouted from just that—an idea. We wrote all the lessons, recruited attendees (I’d been reading applications for three days straight), found locations, and finally carried on an eight-week-long course. Not everything went perfectly well, but I learned much about teaching how to code. Before that, I couldn’t imagine what kind of challenges mentors faced when teaching beginners.

A year later, I started working with The Awwwesomes, again as a mentor for web developers. They teach beginners how to create websites in the most practical way and in the loveliest atmosphere. I’ve been a mentor during three editions of their workshops, sharing my knowledge and IT experience, as well as making many new friends.

Yes, I’ve done all of that completely for free. I’ve spent plenty of time on these workshops—I could’ve done many other things, like hanging out with friends, watching some films, sleeping in, and so on. But I don’t regret giving back to the community.

No one paid me for what I was doing, but it paid off nonetheless. And it was fun, I must admit. I’ve learned how programming workshops look from the inside, how to teach others, how to communicate efficiently, and how to improve my problem-solving skills. I dove head-first into a welcoming environment where I could experiment with my skills and deal with new challenges. And it was awesome.

Now, my career is divided into two equally important parts: work and volunteering. And recruiters are interested in both, believe me. I’ve been asked about my community commitment on many job interviews. Companies know that a person active in the community is more likely to be a proactive employee with good self-organizing and communication skills. And these are crucial for developers nowadays, even—especially for junior ones.

The community itself also rewards people who commit their time and share their knowledge. Most of the above-mentioned free courses and workshops receive much more applications than spots they can provide. They base their recruitment process on attendees’ motivation, not on work experience or education level. And one of the questions is usually, “How will you use the knowledge you’ll gain?” Priority is given to people who can pass their knowledge down to their local communities, school clubs, or NGOs they volunteer at. If you can pay forward what you’ve been given, it’s much more likely you’ll receive more in turn. This very same rule works for mentoring programs or IT conferences, which often offer free tickets called community tickets intended for people who work for the IT community.

Skills are a new currency

Knowledge sharing is at the core of IT, and it’s sort of a new currency in this industry. There are numerous meetups on almost every popular technology organized by a bunch of enthusiasts—and the topics vary from programming to UX, Internet of Things, and Data Science.

I’ve already mentioned some of the periodic workshops like Rails Girls, Django Carrots, and The Awwwesomes, but there are plenty of similar initiatives: Django Girls, Girls.js, Girls Who Test, and so on. Many of them are designed mostly for women, still considered an underrepresented group in IT, to encourage them to choose a technical career. But there’s no reason to be worried—most of the opportunities in IT are for beginners with no regard to their age, sex, background, or education level.

Companies have also started to join the knowledge sharing movement by organizing their own technological meetups, conferences, and courses like Akademia e-point for students or Vertabelo Academy, which offers lots of free online courses. You can say it’s a marketing strategy or part of a recruitment process, but still, it’s a win-win situation that gives participants a chance to improve their skills for free and get to know the work culture of the company. The labor market in IT is also employee friendly, and developers often choose from many job offers—a company giving back to the community is much more attractive for future employees, just like how people who are active members of the community are more attractive to employers.

Is IT really for me?

Changing my career path to IT was one of the best decisions of my life. If you’ve ever considered joining IT but doubted whether it’s the right place for you, there’s good news: you’re not alone in this. Don’t hesitate to reach out for help and support; IT has the most supportive community I’ve ever known.

What you need to know at the beginning is that’s fine to try (and sometimes fail), as well as explore. IT is a huge field, and it links with various other domains, even some that aren’t too obvious, like art history or medicine. Whatever your background is, there’s a real chance you’ll find a way to use your technical skills for good or even acquire new ones.

I’m a self-taught developer. I’ve learned to code and have succeeded in finding an IT job due in no small part to my own stubbornness and hard work. But without the help from all the people I’ve met, it would have been a much longer and more difficult process. I did profit a lot from the IT community. I’ve not only gained technical skills but also enhanced my self-confidence. And I don’t intend to stop paying it forward. You should try it, too, if you’re interested—see what good can come from it! 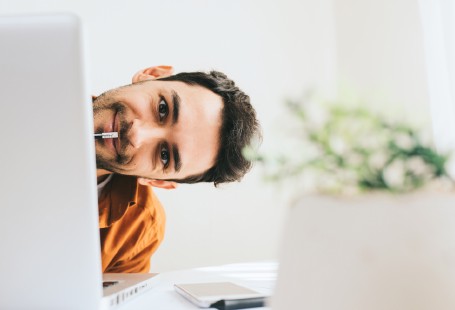 Making a Career Change to IT: From Zero to Coding Hero